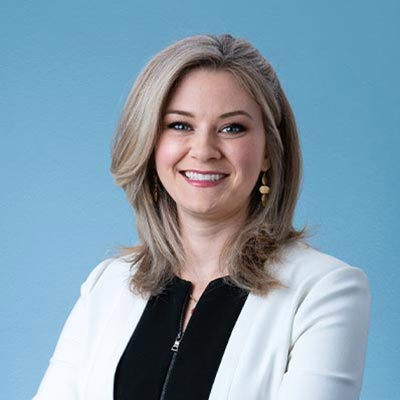 With 10 years of engineering experience working in big tech and aerospace, Lauren brings her strong analytical background into the world of real estate investment. She helps clients and investors analyze property deals and market trends to find the right opportunities for them.

Lauren has a bachelor’s degree in Mechanical Engineering from Boise State University and went on to work in the space industry designing rocket tooling.

Lauren is the middle of three children, has an older sister named Jenna, and a younger sister named Lizzie. Her father was a dentist and started his own laser tooth-whitening business in Birmingham, Alabama. Her family to moved frequently as the business was bought and sold, from Alabama to Utah to Florida and finally Idaho where she lived for 13 years. It was during these early years of moving around the country and going with her parents to look at houses that her passion for real estate first sparked.

Unfortunately at the age of 11, Lauren’s father unexpectedly passed away. The loss was heartbreaking for her entire family, and she spent the next several years in grief. Her mother had been a stay-at-home mom and was now both a widow and a single parent. While grappling with the impact of losing her husband of 20 years, she now had the unenviable task of single-handedly supporting herself and her three young daughters. She took a book-keeping job at a heating and air conditioning company and went to school at night to earn her master’s degree in accounting. Years later when her mother was asked how she did it, she replied, “The world doesn’t stop for your grief.”

Lauren’s mother was a pillar for her family and created a loving and nurturing home. She taught her daughters the importance of devotion to family, work and community. Being raised in an all-female household with her mom and two sisters, Lauren was accustomed to seeing women in leadership roles. She felt empowered to pursue her hobbies and interests wherever they led her, and she won competitions in photography and music for playing the flute.

After graduating with a degree in mechanical engineering, Lauren went to work for the tech giant Hewlett-Packard (HP) where she got her first real-world experience working with massive data sets and using statistical analysis to identify patterns and trends. From there, she went on to work for Orbital ATK designing tooling in the solid rocket boosters for NASA’s Space Launch System (SLS).

Lauren is known for her unique combination of both analytical and creative thinking. Through her extensive background in applying analytical results to real-world problems, she is masterful at striking the right balance between making data-driven decisions and finding creative solutions.

Lauren enjoys road biking, traveling anywhere (especially where there are beaches), learning to play the didgeridoo, and eating at her favorite restaurant: Sage Plant-Based Bistro.